Page 6
... apply our morality to new circumstances nor even moral intuitions that extend to the question we face, but we may even lack the very concepts in terms of which the issues before us can be thought through from a moral point of view'.
Page 7
... and the dynamics between, the four categories of ethical issues. While the chief aim of the Declaration was not to provide guidance in everyday bioethical decisionmaking and opinion formation, but to provide 'a universal framework ...
Page 9
The term 'genetic democracy' can, thus, be understood as an abbreviation for 'the democratic use of new gene-technologies'. V. Launis, J. Räikkä (eds.), Genetic Democracy, 9–19. 9 C Springer Science+Business Media B.V. 2008 The issues ...
Page 10
The issues surrounding the prerequisites for genetic democracy are socially central and important, since it has been predicted that gene-technology will play a major role in Western societies in the near future.
Page 11
In a democracy people have possibilities to participate effectively.17 In other words, in democracies people have opportunities to make their views known and thus influence the decisions on issues belonging to public sphere.
« Previous
Next »

Page 71 - Act in such a way that you always treat humanity, whether in your own person or in the person of any other, never simply as a means, but always at the same time as an end.
Appears in 694 books from 1901-2008
Page 41 - The enjoyment of the highest attainable standard, of health is one of the fundamental rights of every human being without distinction of race, religion, political belief, economic or social condition.
Appears in 574 books from 1845-2008
More
Page 94 - And we define: the democratic method is that institutional arrangement for arriving at political decisions in which individuals acquire the power to decide by means of a competitive struggle for the people's vote.
Appears in 579 books from 1884-2008
Page 28 - For the many, of whom each individual is but an ordinary person, when they meet together may very likely be better than the few good, if regarded not individually but collectively, just as a feast to which many contribute is better than a dinner provided out of a single purse.
Appears in 77 books from 1885-2007
Page 79 - The Parties should take precautionary measures to anticipate, prevent or minimize the causes of climate change and mitigate its adverse effects, where there are threats of serious or irreversible damage, lack of full scientific certainty should not be used as a reason for postponing such measures...
Appears in 394 books from 1947-2008
Page 79 - When an activity raises threats of harm to human health or the environment, precautionary measures should be taken even if some cause and effect relationships are not fully established scientifically.
Appears in 164 books from 1987-2008
Page ii - DAVID N. WEISSTUB, Universite de Montreal, Canada THOMASINE KIMBROUGH KUSHNER, University of California, Berkeley, USA Editor DAVID N. WEISSTUB, Universite de Montreal, Canada Editorial Board TERRY CARNEY, University of Sydney, Australia MARCUS DUWELL, Utrecht University, Utrecht, the Netherlands S0REN HOLM, University of Cardiff, Wale s.
Appears in 20 books from 2000-2008
Page ii - GERRIT K. KIMSMA, Vrije Universiteit, Amsterdam, the Netherlands DAVID NOVAK, University of Toronto, Canada EDMUND D. PELLEGRINO, Georgetown University, Washington DC, USA DOM RENZO PEGORARO, Fondazione Lanza and University of Padua, Italy DANIEL P.
Appears in 27 books from 2000-2008
Page 122 - A century has elapsed since the invention of the steam engine, and we are only just beginning to feel the depths of the shock it gave us. But the revolution it has effected in industry has nevertheless upset human relations altogether. New ideas are arising, new feelings are on the way to flower. In thousands of years, when, seen from the distance, only the broad lines of the present age will still be visible, our wars and our revolutions will count for little, even supposing they are remembered...
Appears in 18 books from 1908-2007
Page 28 - Hence the many are better judges than a single man of music and poetry; for some understand one part, and some another, and among them, they understand the whole.
Appears in 62 books from 1885-2008
Less 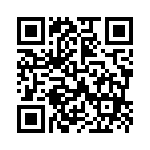