Page 89
provision of regulating institutions such as the rule of law will constrain this behaviour . Goldstein , for example , posits that our general behaviour is the product of ' pathological predispositions ... ( from ) heritable traits that ...
Page 92
Indeed , what sustains social behaviours like ' honour ' killing is often to be found rooted in a tradition that few recall ... It is considered as control behaviour based on expectations derived from socially constituted experiences ...
Page 130
But by demonstrating the similarities of purpose of different types of intimate partner killing ( ' domestic ' , ' honour ' and dowry ) , and by illustrating their global extent , we are able to query the origins of such behaviour . 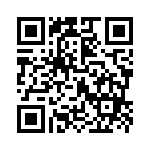