Page 688 - For purposes of this part, the term "carrier" means— (1) with respect to providers of services and other persons, a voluntary association, corporation, partnership, or other nongovernmental organization which is lawfully engaged in providing, paying for, or reimbursing the cost of, health services under group insurance policies or contracts, medical or hospital service agreements, membership or subscription contracts, or similar group arrangements, in consideration of premiums or other periodic...
Appears in 62 books from 1939-2007
Page 118 - Mobilize community partnerships to identify and solve health problems. 5. Develop policies and plans that support individual and community health efforts. 6. Enforce laws and regulations that protect health and ensure safety. 7. Link people to needed personal health services and assure the provision of health care when otherwise unavailable. 8. Assure a competent public health and personal health care workforce. 9. Evaluate effectiveness, accessibility, and quality of personal and population-based...
Appears in 35 books from 1997-2008
More
Page 693 - Health promotion is the science and art of helping people change their lifestyle to move toward a state of optimal health.
Appears in 37 books from 1987-2007
Page 102 - Injury and Violence Prevention 16. Maternal, Infant, and Child Health 17. Medical Product Safety 18. Mental Health and Mental Disorders 19. Nutrition and Overweight 20. Occupational Safety and Health 21. Oral Health 22. Physical Activity and Fitness 23. Public Health Infrastructure 24. Respiratory Diseases 25. Sexually Transmitted Diseases 26. Substance Abuse 27. Tobacco Use 28. Vision and Hearing SOURCE: US Department of Health and Human Services, 2000.
Appears in 34 books from 2000-2008
Page 620 - Clancy 2000 Inequality in quality: Addressing socioeconomic, racial, and ethnic disparities in health care.
Appears in 52 books from 1872-2008
Page 219 - Primary care is the provision of integrated, accessible health care services by clinicians who are accountable for addressing a large majority of personal health care needs, developing a sustained partnership with patients, and practicing in the context of family and community [italics mine]
Appears in 86 books from 1948-2008
Page 102 - Focus Areas 1. Access to Quality Health Services 2. Arthritis, Osteoporosis, and Chronic Back Conditions 3. Cancer 4. Chronic Kidney Disease 5. Diabetes 6. Disability and Secondary Conditions 7. Educational and Community-Based Programs 8. Environmental Health 9. Family Planning 10. Food Safety 11. Health Communication 12. Heart Disease and Stroke 13. HIV 14.
Appears in 38 books from 2000-2008
Page 700 - In another definition, this refers to the analysis of a group done to determine rates or to determine whether the group should be offered coverage at all. A related definition refers to health screening of each individual applicant for insurance and the refusal to provide coverage for pre-existing conditions.
Appears in 8 books from 1995-2007
Less

Anthony R. Kovner, PhD, MPA, is professor emeritus of Public and Health Management at New York University (NYU) Wagner Graduate School of Public Service. Dr. Kovner has written nine books, including coediting Healthcare Delivery in the United States (11th edition, Springer, 2015), and Evidence-Based Management in Healthcare: Principles, Cases and Perspectives (AUPHA, 2017). He has written 43 peer-reviewed articles on healthcare management, and has published 40 case studies. In 1999, Dr. Kovner was awarded the Filerman Prize for Educational Leadership from the Association of University Programs in Health Administration. He was director of the graduate program in health policy and management at NYU Wagner for over 20 years. Dr. Kovner has had extensive management experience in healthcare as a senior manager in two hospitals, a nursing home, a group practice, and a neighborhood health center. He has served as a consultant to the New York-Presbyterian Hospital and Healthcare System, the Robert Wood Johnson Foundation, the W. K. Kellogg Foundation, Montefiore Medical Center, and the American Academy of Orthopaedic Surgeons, among others. He was a board member of Lutheran Medical Center in Brooklyn, New York, for 25 years. He is a founding member of the Advisory Council for the Center for Evidence-Based Management, headquartered in the Netherlands.

James R. Knickman, PhD is the Robert Derzon Chair in Public and Health Affairs at New York University with joint appointments at the NYU Wagner School of Public Service and at NYU Langone Medical School's Department of Population Health. He has spent four decades splitting his time between academe and the philanthropic sector. His work focuses on health policy and he has played many roles both as a researcher and a leader in philanthropy to advance the use of public policy to improve the American health care system. He was a Vice President at the Robert Wood Johnson Foundation and President of the New York State Health Foundation. He has a PhD in Public Policy Analysis from the University of Pennsylvania and did his undergraduate work at Fordham University. He serves on the Board of Directors at three non-profit organizations, including chairing the National Council on Aging. 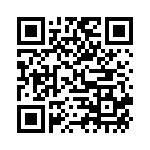