The Language of Miracles: A Celebrated Psychic Teaches You to Talk to Animals

Many animal communication books reveal that you can chat with Fluffy by developing your intuition through a series of exercises and meditations meant to help you let go of your inner judge and skeptic ... Read full review

Amelia Kinkade has been listed in The 100 Top Psychics in America. A full-time animal communicator, she is sought by veterinarians, animal rescue organizations, and animal lovers all over the world. She lives and practices in California. Her work has been featured in a multitude of magazines and newspapers world-wide including The New York Times, The Chicago Tribune, ABC News Online, The London Sunday News of the World, , Cat Fancy, Dog Fancy, Bild de Frau in Germany and the cover of the Freitseit Kurier in Vienna. She has appeared on television programs such as The View with Barbara Walters, The Other Half with Dick Clark, Extra, VH1, Jenny Jones, Leeza, Mike and Maty, The BBC News, Beyond with James Van Praagh, The Ellen Degeneres Show, over a dozen talk shows in England, and numerous news broadcasts in the US, the UK, and Australia. She regularly conducts workshops, teaching people to communicate with animals, throughout North America and Europe. Her website is www.ameliakinkade.com 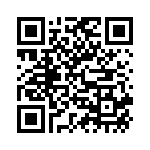