Page 14
A very large clan with symptoms of an advanced stage of fission into independent
units is Saale . Saale has six subclans : Nebei , Gooborre , Elegella , Goobanai (
Kimog¾l ) , Gaabanay¾ and Gaaloroy¾ , of which Nebei and Gooborre on one ...
Page 211
He had told the boy to identify himself as Saale when asked for his clan , and this
the boy did . Kosar reacted in a speech , the gist of which was , ' I am Bedßn
Ajuran and you are Sßnle Ajuran . We are brothers , sons of the same father .
Page 212
presented an idealised picture of the Rendille clan Saale . Saale , he said , were
taller and lighter - skinned than other Rendille and were handsome , just like the
Ajuran . This , of course , is ideology in its purest state , without any link to reality ...

33 other sections not shown 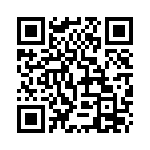