Page 373
This is less than a 1 % increase over the number reported for 1980 ( Table 2 ) . ... Since 1969 , when CDC began collecting information on legal abortions , the reported number of women obtaining abortions has increased yearly .
Page 375
V NA : Abortion Surveillance – Continued In 1981 , for the first year since CDC began abortion surveillance , there was virtually no increase in the number of abortions reported , and for the first time , the abortion rate and abortion ...
Page 376
... the last sentence of the third paragraph under St. Louis encephalitis should read : " The increased number of ... a decline in endemic transmission with age during the past 30 years , resulting in an increase in susceptibility .
Page 377
27 377 Antibodies to a Retrovirus Etiologically Associated with Acquired Immunodeficiency Syndrome ( AIDS ) in Populations with Increased Incidences of the Syndrome 379 Injuries at a Water Slide - Washington 387 Salmonellosis Associated ...
Page 378
Editorial Note : The high prevalence of antibody to HTLV - III / LAV among these groups and the increasing prevalence ... to the virus is much more common than AIDS itself among populations with increased incidences of the disease .
Next » 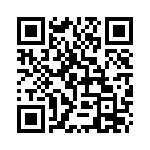