Myles Osborne is Assistant Professor of African History at the University of Colorado Boulder. He received his Ph.D. from Harvard University in 2008, and is the author of Ethnicity and Empire in Kenya: Loyalty and Martial Race among the Kamba, c. 1800 to the Present (Cambridge, 2014). He also recently edited The Life and Times of General China: Mau Mau and the End of Empire in Kenya (Markus Wiener, 2015), and has published articles in a variety of journals including the Journal of African History.

Susan Kingsley Kent is Professor of History at University of Colorado-Boulder. Her publications include Sex and Suffrage in Britain, 1860-1914; Making Peace: The Reconstruction of Gender in Interwar Britain; Gender and Power in Britain, 1640-1990; Aftershocks: Politics and Trauma in Interwar Britain; The Women's War: Gender and Violence in Colonial Nigeria, 1929, with Misty Bastian and Marc Matera; Gender and History; and Queen Victoria: Gender, Empire, and the Gender of Empire. 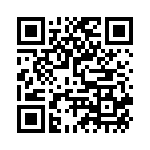