Jonathan Engel is Associate Professor and Chair of Public and Healthcare Administration at Seton Hall University. 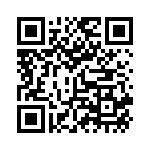