Page 39
A caption reads , “ For years feminists campaigned for sexual liberation . But here , one of their leaders admits all they have created is a new generation ...
Page 299
81 Indeed , they emphasize that “ active sexuality , ” for which read ... of this burden attributed to the maintenance of sexual functionality and fitness .
Page 308
See Gill , “ From Sexual Objectification to Sexual Subjectification . ” 28. The casting of Nicholson in the role of Harry connects in interesting ways with ...

Yvonne Tasker is a professor of film and television studies at the University of East Anglia. She is the author of Working Girls: Gender and Sexuality in Popular Cinema and Spectacular Bodies: Gender, Genre, and the Action Cinema as well as the editor of Action and Adventure Cinema.

Diane Negra is a professor of film and television studies at the University of East Anglia. She is the author of Off-White Hollywood: American Culture and Ethnic Female Stardom; the editor of The Irish in Us: Irishness, Performativity, and Popular Culture; and a coeditor of A Feminist Reader in Early Cinema, the latter two of which are both also published by Duke University Press. 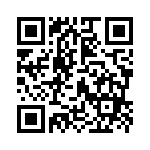