Page 57 - The absence of romance in my history will, I fear, detract somewhat from its interest; but if it be judged useful by those inquirers who desire an exact knowledge of the past as an aid to the 10 interpretation of the future, which in the course of human things must resemble if it does not reflect it, I shall be content.
Appears in 139 books from 1874-2007
Page 105 - Exiled Thucydides knew All that a speech can say About Democracy, And what dictators do, The elderly rubbish they talk To an apathetic grave; Analysed all in his book, The enlightenment driven away, The habit-forming pain, Mismanagement and grief: We must suffer them all again. Into this neutral air Where blind skyscrapers use Their full height to proclaim The strength of Collective Man...
Appears in 82 books from 1940-2008
More
Page 2 - And it may well be that my history will seem less easy to read because of the absence in it of a romantic element. It will be enough for me, however, if these words of mine are judged useful by those who want to understand clearly the events which happened in the past and which (human nature being what it is) will, at some time or other and in much the same ways, be repeated in the future.
Appears in 124 books from 1386-2008
Page 7 - It is an analytical investigation leading to a close acquaintance with the subject; applied to experience — in our case, to military history — it leads to thorough familiarity with it. The closer it comes to that goal, the more it proceeds from the objective form of a science to the subjective form of a skill, the more effective it will prove in areas where the nature of the case admits no arbiter but talent.
Appears in 13 books from 1986-2008
Page 93 - Everything in war is very simple, but the simplest thing is difficult. The difficulties accumulate and end by producing a kind of friction that is inconceivable unless one has experienced war.
Appears in 84 books from 1971-2008
Page 109 - I doubt seriously whether a man can think with full wisdom and with deep convictions regarding certain of the basic international issues today who has not at least reviewed in his mind the period of the Peloponnesian War and the Fall of Athens.
Appears in 34 books from 1922-2007
Page 166 - If you want to overcome your enemy you must match your effort against his power of resistance, which can be expressed as the product of two inseparable factors, viz. the total means at his disposal and the strength of his will. The extent of the means at his disposal is a matter — though not exclusively — of figures, and should be measurable. But the strength of his will is much less easy to determine and can only be gauged approximately by the strength of the motive animating it.
Appears in 14 books from 1963-2007
Page 132 - As a total phenomenon its dominant tendencies always make war a remarkable trinity - composed of primordial violence, hatred, and enmity, which are to be regarded as a blind natural force; of the play of chance and probability within which the creative spirit is free to roam; and of its element of subordination, as an instrument of policy, which makes it subject to reason...
Appears in 21 books from 1972-2007
Page 108 - So that look how much a man of understanding might have added to his experience, if he had then lived a beholder of their proceedings, and familiar with the men and business of the tune : so much almost may he profit now, by attentive reading of the same here written.
Appears in 17 books from 1822-2008
Less

Williamson Murray is Professor Emeritus of European Military History at Ohio State University and a Senior Fellow at the Institute of Defense Analysis. He is the author of a number of books including The Changes in the European Balance of Power, 1938–1939, The Path to Ruin; Luftwaffe; German Military Effectiveness; The Air War in the Persian Gulf; Air War, 1914-1945; The Iraq War: A Military History, with Major General Robert Scales, Jr.; and A War to Be Won: Fighting the Second World War, with Allan R. Millet. He also co-edited numerous collections, including Military Innovations in the Interwar Period (1996) with Allan R. Millet and The Dynamics of Military Revolution, 1300–2050 (2001), with MacGregor Knox.

Richard Hart Sinnreich works as an independent consultant in areas ranging from Army wargaming to defense transformation. His recent writings include 'The Changing Face of Battlefield Reporting', ARMY, November, 1994; 'To Stand & Fight', ARMY, July, 1997; 'In Search of Victory', ARMY, February 1999; 'Whither the Legions', Strategic Review, Summer, 1999; 'Conceptual Foundations of a Transformed US Army with Huba Wass de Czege', The Institute For Land Warfare, March 2002; 'Red Team Insights From Army Wargaming', DART, September 2002; 'Joint Warfighting in the 21st Century' (with Williamson Murray), IDA (2002); and A Strategy By Accident: US Pacific Policy in the Cold War. He writes a regular column for the Lawton Constitution and occasional columns for ARMY and The Washington Post. 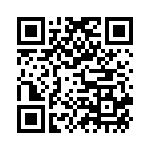