Page 25 - At the best it will fall so very far short of the expectation of the bulk of the people, namely all those who know nothing about its difficulties. At the worst it may well be the most ghastly disaster of the whole war.
Appears in 20 books from 1959-2007
Page 61 - Passchendaele in 1917 had forgotten "that the whole art of war is to gain your objective with as little loss...
Appears in 10 books from 1981-2007
More
Page 86 - my general object is to pull the Germans on to Second Army so that First [US] Army can extend and expand."42 Montgomery largely stuck to this broad plan and resisted pressures from the Americans, and from Dempsey in "Goodwood," to radically alter this conception.
Appears in 6 books from 1953-2007
Page 160 - July, after sorting out the affair; 'he [Crerar] had a row with Crocker the first day and asked me to remove Crocker. I have spent two days trying to restore peace, investigating the quarrel and so on. As always there are faults on both sides, but the basic cause was Harry; I fear he thinks he is a great soldier, and he was determined to show it the moment he took over command at 1200 hrs on 23 July. He made his first mistake at 1205 hrs; and his second after lunch...
Appears in 8 books from 1983-2007
Page 126 - Julian Thompson, The Lifeblood of War: Logistics in Armed Conflict (London: Brassey's, 1991).
Appears in 13 books from 1993-2007
Page 37 - Montgomery is of different caliber from some of the outstanding British leaders you have met. He is unquestionably able, but very conceited. For your most secret and confidential information, I will give you my opinion which is that he is so proud of his successes to date that he will never willingly make a single move...
Appears in 10 books from 1983-2007
Page 161 - Montgomery; consequently, the British commander backed down.19 Crerar later told Colonel Stacey, the Canadian Official Historian, that he had discerned then a pattern that was to be often repeated: Montgomery would "always go through a yellow light: but when the light turned red, he...
Appears in 5 books from 1982-2007
Page 82 - ... MA, Lt-Colonel Dawnay, later recognized: I think he had given the RAF a totally false impression, at St Paul's and elsewhere, as to when he was going to get those airfields, south of Caen — a totally false impression. Because when we got there [to Normandy] we realized quite clearly that he didn't care a damn about those airfields, as long as he could draw all the German armour on to that [eastern] side and give a chance for his right swing to break out!1 In Dawnay's view Monty later did himself...
Appears in 5 books from 1983-2007
Page 70 - Goodwood' offensive not be misunderstood: General Montgomery has to be very careful as to what he does in his Eastern flank because on that flank is the only British Army there is left in this part of the world. On the security and firmness of the Eastern flank depends the security of the whole lodgement area, Dawnay emphasized.
Appears in 6 books from 1957-2000
Page 140 - ... commander, General Bucknall, an officer henceforth treated with suspicion by Dempsey and Montgomery. Dempsey said: This attack by yth Armoured Division should have succeeded. My feeling that Bucknall and Erskine would have to go started with that failure. Early on the morning of...
Appears in 5 books from 1983-2007
Less 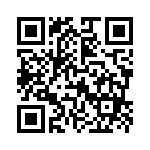