Yi Feng is the Luther Lee Chair in Government at Claremont Graduate University, where he also works as Provost and Vice President for Academic Affairs. 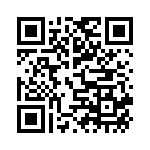