Page 54
But when Moultrie , Ramsay , and other southern historians speak of an army and troops from the north , though they speak with literal accuracy , they speak loosely - implying only the states north of South Carolina .
Page 58
The south was left to do its own fighting , as it could , with such forces only , as could be drawn from hurried conscriptions in Virginia , Georgia and the two Carolinas . South Carolina became the great battle field for the ...
Page 67
In 1782 , New England , 1 ; South Carolina , 1 , Total - New England 11 major generals ; the rest of the states , together , 11 ; of these Massachusetts had 5 ; Connecticut , 4 ; and South Carolina , 1. Yet who will pretend to compare ... 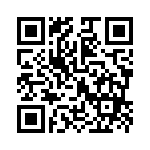