Leon V. Sigal is director of the Northeast Asia Cooperative Security Project at the Social Science Research Council in New York. He is the author of several books including, Disarming Strangers: Nuclear Diplomacywith North Korea (Princeton, 1998) which was a finalist for the Lionel Gelber Prize for the most outstanding book in international relations. 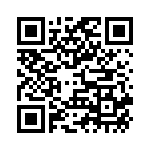