Page 30
... on the one hand among the wild species of mountain - roaming beasts , and on
the other hand the twofold offspring of men , and in the case of the produce of the
root - bearing fields and of the cluster of grapes mounting on the vine .
Page 54
29 ( Lucretius , On the Nature of the Universe 5.925-44 ) In its outlines this
passage is anti - primitivistic ; we see the first humans with no technology , no
agriculture , and living a life like wild beasts . But , on the other hand , we are told
that the ...
Page 94
On the other hand ' noble savages ' also embody real savagery , real violence
and viciousness . We can say that two views that are often seen as diametrically
opposed come together in ' noble savages ' . One is the ethnocentric view - that ... 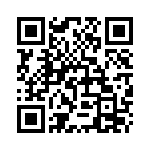