Page 192
The force of DeKalb was unaccompanied by cavalry . It was impossible , therefore , to draw supplies from any great distance . The militia forces of the South , on the contrary , were rarely without a strong body of horse .
Page 207
On the contrary , he left Prevost on the sea coast - left Moultrie , with a small force , at Purysburg , to keep an eye ... How this was to be done , by withdrawing from the sea coast the only forces which could confine him there , is a ...
Page 219
Moultrie regained the city , and prepared for defence , having no force but his militia and the citizens . Negotiations were opened , and , to gain time for the arrival of Governor Rutledge and General Lincoln , from the interior ...

3 other sections not shown 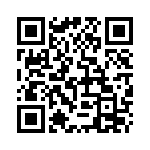