An outstanding authority and author in energy economics and international development, Mohan Munasinghe received his undergraduate education in engineering at Cambridge University and went on to McGill University, receiving a Ph.D. in electrical engineering in 1973. He then turned his attention to economics, receiving an M.A. at Concordia College (Montreal) in 1975. Since that year, he has been division chief for environmental policy at the World Bank in Washington, D.C. His work at the World Bank has related to projects in developing countries concerning energy, electricity, transportation, water, urban infrastructures, and telecommunications. He has been a prolific author, writing nearly 200 technical papers and numerous books and monographs. In addition, Munasinghe has been active in the affairs of his native country, Sri Lanka, where he has served as senior energy advisor to the president, a board member of the Natural Resources, Energy, and Science Authority, governor of the Arthur Clarke Center for Modern Technologies, and founder of the Energy Managers Association. He is a fellow of the National Academy of Sciences of Sri Lanka, the Institution of Electrical Engineers (UK), and the Institute of Engineers of Sri Lanka. Munasinghe's honors include the Surha Gold Medal, 1985 (Lions International); International Award, 1987 (International Association of Energy Economists); and the Prize for Outstanding Contribution, 1988 (Fifth Latin American and Caribbean Conference on Power and Energy). 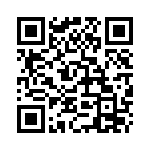