Page 327
Rosenblat and Tang (1987), in a retrospective drug history review, compared
drug dosages for four commonly used psychotropic medications (amitriptyline,
chlorpromazine, haloperidol, and trifluoperazine) in groups of matched Asian and
...
Page 419
and Finder (1983) also reported that the dosage for Asian patients was
significantly lower than that given to white patients when the maximum dose and
stabilized dose (discharge dose) were compared. Subjects for this study came
from the ...
Page 420
leagues (1987), lower dosages were given to new immigrants. These findings
are of special interest to clinicians, because no ethnic difference could be found
when each ethnic group was studied as a whole, yet significant differences ...

20 other sections not shown 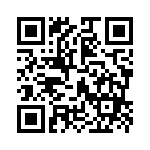