Wesley So (Author) WESLEY SO is one of the world's top players. In 2016 he won two gold medals at the Olympiad and was overall winner of the Grand Chess Tour. He followed up with a 2017 US Championship victory, and in late 2019 became the Chess960 World Champion with a commanding 13 -2 victory over Magnus Carlsen. In 2020 So won several major online events, including a further US Championship. Originally from the Philippines, he now lives in Minnesota.Michael Adams (Author) MICHAEL ADAMS has been the UK's top player for the last quarter of a century, and for years was among the world top ten. He has won a number of elite-level events, including Dos Hermanas in 1995 and 1999, and Dortmund in 1998 and 2013 - in each case with former and future world champions in the field. Adams was also a FIDE world championship finalist in 2004, and a Candidate on several occasions. He writes a weekly column in the Daily Telegraph (London) and lives in Somerset, England.Graham Burgess (Author) GRAHAM BURGESS has written thirty chess books, including three on opening play aimed at young readers. He is a FIDE Master and a former champion of the Danish region of Funen, and in 1994 set a world record for marathon blitz chess playing. His Mammoth Book of Chess won the prestigious British Chess Federation Book of the Year Award.John Nunn (Author) DR JOHN NUNN is one of the best-respected figures in world chess. He was among the world's leading grandmasters for nearly twenty years and won four gold medals at chess Olympiads. In 2004, 2007 and 2010, Nunn was crowned World Chess Solving Champion, ahead of many former champions. In 2011, his two-volume work Nunn's Chess Endings won the English Chess Federation Book of the Year Award.John Emms (Author) JOHN EMMS is a grandmaster from England. He finished equal first in the 1997 British Championship and is an experienced chess coach and writer, who was chess columnist of the Young Telegraph (London). 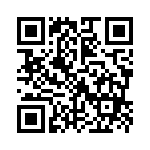