Allen Rubin has been doing and teaching research since 1976, when he received his Ph.D. from the University of Pittsburgh. Renowned in social work, Dr. Rubin has written several research texts, published numerous research studies on social work practice, and is a past president of the Society for Social Work and Research.

Earl Babbie was born in Detroit, Michigan, in 1938, although he chose to return to Vermont 3 months later, growing up there and in New Hampshire. In 1956, he set off for Harvard Yard, where he spent the next 4 years learning more than he initially planned. After three years with the U.S. Marine Corps, mostly in Asia, he began graduate studies at the University of California, Berkeley. He received his Ph.D. from Berkeley in 1969. He taught sociology at the University of Hawaii from 1968 through 1979, took time off from teaching and research to write full time for 8 years, and then joined the faculty at Chapman University in Southern California in 1987. Although an author of research articles and monographs, he is best known for the many texts he has written, which have been widely adopted in colleges throughout the United States and the world. He also has been active in the American Sociological Association for 25 years and served on the ASAÂ's executive committee. He is also past president of the Pacific Sociological Association and California Sociological Association. He has been married to his wife, Sheila, for more than 40 years, and they have a son, Aaron, who would make any parent proud. As proof, he helped produce the world's two greatest grandchildren. Credited with defining research methods for the social sciences, Dr. Babbie has written several texts, including the bestselling THE PRACTICE OF SOCIAL RESEARCH and THE BASICS OF SOCIAL RESEARCH. 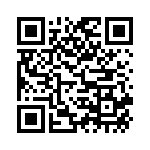