Steven Ferrey is a professor of energy and contract law at Suffolk University Law School in Boston, and in 2003 was a visiting professor at Harvard Law School. His experience includes working at the World Bank and the United Nations on renewable energy project development in Asia and Africa for more than a decade, concurrent with his teaching assignments. Mr. Ferrey's previously published a books include The New Rules: A Guide to Electric Market Regulation (PennWell 2000); a 3-volume treatise on energy law, The Law of Independent Power, (West, 20th ed., 2003) is used around the world as the standard reference on international energy law and policy. His environmental law book Environmental Law: Examples and Explanations, (Aspen, 3rd ed. 2004) is widely used in environmental law courses.
Anil Cabraal is a lead energy specialist and leader of the Renewable Energy Cluster in the Energy and Water Department of the World Bank in Washington, DC. Previously he was the renewable energy team leader at the Asia Alternative Energy Program at the World Bank. He is leading a bank-wide initiative, "Towards a Sustainable Energy Future: A Renewable Energy Action Plan" that is expected to result in at least double the World Bank's financial commitment for renewable energy and energy efficiency within five years. 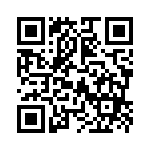