Page 23
The particular occasion on which he received it , is thus given by the biographer" Morillo , at the head of a force of seven or eight thousand men , was pursuing the patriot army of Paez , numbering about 3,000 , over the tlanos or ...
Page 130
... department * had been managed with zeal and energy -- a portion of the transportation having arrived , by the 6th of April , 200 wagons were landed and made ready for service , which enabled Scott to send forward part of his army .
Page 393
With respect to forced contributions , General Taylor had written that it was impossible to sustain his army by them ; and Scott , on the 2d May , wrote that , if the army was to sustain itself by them , " we may ruin and exasperate the ... 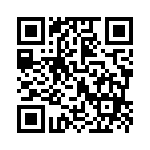