Christopher Bonastia is assistant professor in the Department of Sociology at Lehman College, City University of New York, and a former Robert Wood Johnson Scholar in Health Policy at the University of
California, Berkeley 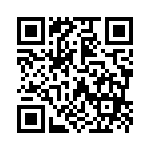