Page 145
The gender - queer position , often also called queer theory or postmodernism ,
has been cast in many different theoretical locations as the blithe opponent of the
real , the player who fails to understand the life - and - death struggle around ...
Page 204
In one remarkable 1968 porn flick called The King , the entire narrative turns
around a butch and her two femme lovers . The film obviously uses the butch as a
male stand - in , but in her role as masculine sex partner , the butch exceeds such
a ...
Page 232
In the 1990s , drag king culture has become something of a subcultural
phenomenon . Queer clubs in most major American cities feature drag king acts :
for example , there is a regular weekly drag king club in New York called Club
Casanova ...

I learned quite a bit from this book, especially the distinction between androgyny and masculinity. These two presentations of being are not equal, and for me this was an important point in ... Read full review 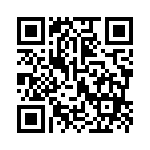