Page 127 - Four simple principles guide our policy. First, we seek the immediate, unconditional, and complete withdrawal of all Iraqi forces from Kuwait. Second, Kuwait's legitimate government must be restored to replace the puppet regime. And third, my administration, as has been the case with every President from President Roosevelt to President Reagan, is committed to the security and stability of the Persian Gulf. And fourth, I am determined to protect the lives of American citizens abroad.
Appears in 35 books from 1941-2007
Page 134 - To this end, the study is sponsored jointly by the Office of the Assistant Secretary of Defense for Special Operations and Low Intensity Conflict (OASD/SO/LIC) and the Office of the Under Secretary of State for Public Diplomacy and Public Affairs (DOS/R).
Appears in 152 books from 1914-2008
More
Page 156 - States and coalition forces will suspend offensive combat operations. It is up to Iraq whether this suspension on the part of the coalition becomes a permanent cease-fire. Coalition political and military terms for a formal cease-fire include the following requirements: Iraq must release immediately all coalition prisoners of war, third country nationals, and the remains of all who have fallen. Iraq must release all Kuwaiti detainees. Iraq also must inform Kuwaiti authorities of the location and...
Appears in 5 books from 1965-2004
Page 6 - ... informative and enlightening, his analysis of foreign political questions is penetrating and throught provoking as he traces the many shifts in French policy since the end of World War II. Prominent among them was the original desire to dismember Germany, which gave way to the acceptance of Germany as a member of the North Atlantic Treaty Organization (NATO) and the Common Market. Confronted with the East-West conflict, France moved from the original position of intending to rely for its security...
Appears in 14 books from 1959-2002
Page 127 - ... restored, when all foreigners held against their will are released, then, and then alone, will the world end the sanctions. Perhaps your leaders do not appreciate the strength of the forces united against them. Let me say clearly: There is no way Iraq can win. Ultimately, Iraq must withdraw from Kuwait. No one — not the American people, not this President — wants war. But there are times when a country, when all countries who value the principles of sovereignty and independence, must stand...
Appears in 7 books from 1965-2004
Page 15 - American Wartime Planning for Occupied Japan: The Role of the Experts,
Appears in 11 books from 1987-2007
Page 171 - Group of programs authorized by the Foreign Assistance Act of 1961, as amended, and the Arms Export Control Act of 1976, as amended...
Appears in 30 books from 1949-2006
Page 110 - Kevin Buckley, Panama: The Whole Story (New York: Simon and Schuster, 1991), 14; Scranton, The Noriega Years, 13-14.
Appears in 18 books from 1948-2008
Page 8 - Team, and such agencies as the International Criminal Investigative Training Assistance Program of the Department of Justice.
Appears in 4 books from 1992-2006
Page 128 - I therefore request that the House of Representatives and the Senate adopt a Resolution stating that Congress supports the use of all necessary means to implement UN Security Council Resolution 678.
Appears in 18 books from 1965-2006
Less

JOHN T. FISHEL is Professor of National Security Affairs at the U.S. Army Command and General Staff College at Fort Leavenworth, Kansas. While serving on active duty as a Lieutenant Colonel he was the principal planner for post-conflict operations in Panama and was Chief of Policy and Strategy for the Commander-in-Chief, United States Southern Command. 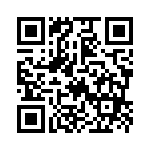