I learned quite a bit from this book, especially the distinction between androgyny and masculinity. These two presentations of being are not equal, and for me this was an important point in ... Read full review 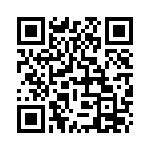