Sir Nicholas Stern is Adviser to the UK Government on the Economics of Climate Change and Development, reporting to the Prime Minister. As well as being Head of the Stern Review on the Economics of Climate Change, he is Head of the Government Economic Service, and previously Second Permanent Secretary to Her Majesty's Treasury and Director of Policy and Research for the Prime Minister's Commission for Africa. He is also a former Chief Economist for the World Bank and Special Counsellor to the President of the European Bank for Reconstruction and Development. His research and publications have focused on economic development and growth, economic theory, tax reform, public policy and the role of the state and economies in transition. He is a Fellow of the British Academy and a Foreign Honorary Member of the American Academy of Arts and Sciences. His most recent book is Growth and Empowerment: Making Development Happen (MIT Press, 2005). 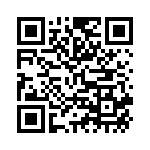