Page 37
British Somaliland consequently proved the staging area for Britain's
counterinvasion ( or liberation ) of Ethiopia in 1941 , which meant that , victorious
, the British suddenly found themselves in control of both Italian Somaliland and
their own ...
Page 38
At the same time , it spurred Somalis in British Somaliland to agitate for their own
independence , which the British finally agreed to . Thus , on July 1 , 1960 , the
two Somalilands were able to unite a sovereign but still incomplete Somalia : The
...
Page 225
Drake - Brockman , Ralph . British Somaliland . London : Hurst & Blackett , Ltd. ,
1912 . Dresch , Paul . Tribes , Government , and History in Yemen . Oxford :
Clarendon Press , 1989 . Drysdale , John . The Somali Dispute . New York :
Praeger ...

17 other sections not shown 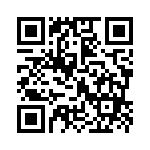