Albert Nofi is a military historian, defense analyst and wargame designer. He has published over 30 books on a wide variety of topics. In parallel with three decades as a teacher and later administrator in New York public schools, he was associated editor of the journal Strategy and Tactics and produced a number of wargames. In 1999 Nofi became a research analyst with the Center for Naval Analyses, writing Recent Trends in Thinking About Warfare and several other analytical papers. He has lectured at a number of colleges, universities and other institutions including the University of Paris-Sorbonne, the Smithsonian, and the Air War College. For many years an Associate Fellow of the U.S. Civil War Center, he was a Director of the New York Military Affairs Symposium since its formation, and is a member of the Society for Military History and a number of other military and historical societies. From many years, Nofi contributed a regular column to North & South. In 1998, he became a contributing editor to StrategyPage. He splits his time between New York and Texas. 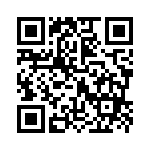