Not only a highly recommended textbook, but also a 'must read' for anyone who wants to live to the fullest.
This book tells you how to find your own deepest values (namely, utilities), and outlines the ways in which you can be responsible for the values.

Jonathan Baron is Professor of Psychology at the University of Pennsylvania. Baron's research is based on the utilitarian idea that society should be organized to do the most good (or to maximize utility). Some of his research examines people's intuitive principles for decision-making and moral judgement, and explores how these principles can stand in the way of doing the most good. Baron is the author of Rationality and Intelligence (1985); Thinking and Deciding (1988, 1994, 2000), a widely used textbook for advanced undergraduates and beyond; Morality and Rational Choice (1993), Judgement Misguided: Intuition and Error in Public Decision Making (1998); and Against Bioethics (2006). He has also co-edited three books and published over 175 papers and chapters. He is the editor of the journal Judgement and Decision Making, and he is currently president of the Society for Judgement and Decision Making. He holds a BA from Harvard and a PhD from Michigan and is a Fellow of the American Association for the Advancement of Science and of the American Psychological Society. 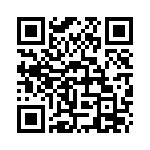