Mike Alexander originally trained in Fine Arts and Sculpture. He first got involved in conservation working in bird observatories on Skokholm and the Calf of Man, followed by research into oil pollution for the Field Studies Council.

He spent 10 years on Skomer Island - probably the most important and formative period of his life. On leaving the Island he joined the Countryside Council for Wales as a National Nature Reserve (NNR) warden, covering Morfa Harlech and Morfa Dyffryn, Cadair Idris, Rhinog and Coed Llety Walter in Meirioneth. He became concerned at this time by the lack of management planning and systematic recording and in 1987 developed a paper system for planning and recording work on nature reserves. This led to collaboration with James Perrins, a long term friend, resulting eventually in the development of the CMS software and Consortium.

Mike is employed by CCW as Conservation Management Coordinator, with responsibility for defining and obtaining appropriate standards of management on all statutory sites in Wales. His international involvement in recent years has included work for ICONA (Spanish National Parks), Costa Rica National Parks, the Wildlife Institute of India, the Ramsar Bureau, Estonia National Parks etc. Author of "The Guide to Management Planning in Nature Reserves and Protected Areas", recognised by many as a definitive work on the subject. When not actively involved in his full time work (a rare occurrence!), he spends time in wood turning and making furniture. He is also a very keen photographer and has many published photographs to his name. 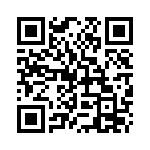