Page 6 - Schumpeter (1950, p. 269) defined democracy in terms of electoral competition: "the democratic method is that institutional arrangement for arriving at political decisions in which individuals acquire the power to decide by means of a competitive struggle for the people
Appears in 74 books from 1920-2008
Page 9 - Even in the midst of the tremendous uncertainty provoked by a regime transition, where constraints appear to be most relaxed and where a wide range of outcomes appears to be possible, the decisions made by various actors respond to and are conditioned by the types of socioeconomic structures and political institutions already present. These can be decisive in that they may either restrict or enhance the options available to different political actors attempting to construct democracy.
Appears in 10 books from 1991-2005
More
Page 4 - ... coddling of the Communists. Hence a growing political hysteria prepared the way, after the so-called coup of October 1, 1965, for the vast army-steered pogrom against the Left, in which half a million people were murdered and hundreds of thousands imprisoned under brutal conditions for many years. There is no need here to spend any time on the series of elections held regularly since 1971 by Suharto's New Order military regime. They are carefully managed to produce externally plausible two-thirds...
Appears in 5 books from 1996-2004
Page 13 - Robert A. Dahl, Polyarchy: Participation and Opposition (New Haven: Yale University Press, 1971), pp.
Appears in 174 books from 1939-2008
Page 13 - Dilemmas of Democratization in Latin America," Comparative Politics 23 (October 1990): 1-21; Terry Lynn Karl and Philippe C.
Appears in 67 books from 1948-2008
Page 7 - If one wants to change the nature of a particular democracy, the electoral system is likely to be the most suitable and effective instrument for doing...
Appears in 10 books from 1999-2006
Page 6 - In addition to the elements of electoral democracy, [liberal democracy] requires, first, the absence of reserved domains of power for the military or other actors not accountable to the electorate, directly or indirectly. Second, in addition to the vertical accountability of rulers to the ruled (secured mainly through elections), it requires the horizontal accountability of officeholders to one another; this constrains executive power and so helps protect constitutionalism, legality, and the deliberative...
Appears in 9 books from 1998-2005
Page 42 - Belief in the One and Only God," "Just and Civilized Humanity,
Appears in 12 books from 1995-2007
Page 185 - If any generalization about institutional design is sustainable ... it is that majoritarian systems are ill-advised for countries with deep ethnic, regional, religious, or other emotional and polarizing divisions. Where cleavage groups are sharply defined and group identities (and intergroup insecurities and suspicions) deeply felt, the overriding imperative is to avoid broad and indefinite exclusion from power of any significant group.
Appears in 4 books from 1999-2007
Page 5 - Grundlagen verfügen mögen, nicht aber über „an arena of contestation sufficiently fair that the ruling party can be turned out of power
Appears in 7 books from 1999-2007
Less

DWIGHT Y. KING is Professor of Political Science and Associate, Center for Southeast Asian Studies, Northern Illinois University, DeKalb. He is the author of Interest Groups and Political Linkage in Indonesia, 1800-1965. 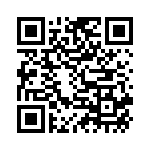