Page 10
Clearly , gender - based electoral quotas are key to increasing women ' s
legislative representation with the factors cited in the studies above determining
whether or not quotas will be adopted — and what types of quotas will be
adopted .
Page 15
In terms of which type of quota is more effective in sending significant numbers of
women to parliament , the answer appears to be that steady ... Only Namibia ,
with no formally adopted or legislated quotas , lags behind the other five .
Page 23
Notes Many observers have attributed Scandinavia ' s high representation of
women since the 1970s to the use of quotas . Dahlerup ( 2004 , 18 ) notes ,
however , that in Scandinavia quotas were never mandated by law ; rather they
were ... 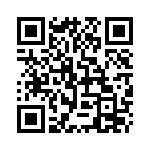