Shahra Razavi is Research Co-ordinator at UNRISD. She specializes in the gender dimensions of social development, with a particular focus on livelihoods and social policies. She began her collaboration with UNRISD in February 1993, when she joined the Institute to work on a new research initiative to explore the gender dimensions of economic policy (Technical Co-operation and Women's Lives: Integrating Gender into Development Policy). She has led the Institutersquo;s subsequent research projects on gender, including Gender, Poverty and Well-Being; Agrarian Change, Gender and Land Rights; Globalization, Export-Oriented Employment for Women and Social Policy; and work on Gender Justice, Development and Rights which was carried out as part of the Institute's contribution to the Beijing Plus 5 Review Process. More recently, she coordinated the preparation of the UNRISD report (published in 2005), Gender Equality: Striving for Justice in an Unequal World. Her current research areas include work on Gender and Social Policy, and the rise of Islamic-based politics and gender equality. Prior to joining UNRISD, Shahra was working on her D.Phil. Thesis at St.Antony's College (Oxford University). Her thesis explored the gender dimensions of agricultural commercialization in southeastern Iran, where she carried out field research in 1988. She obtained her D.Phil. in December 1992. Shahra is currently serving on the editorial boards of Development in Practice and Global Social Policy. 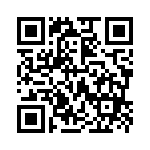