Sen is Lamont University Professor, and Professor of Economics and Philosophy at Harvard University. He is a former Drummond Professor of Political Economy at Oxford University, and a former Delegate to the Press. He is President of the American Economic Association, and a past president of both the Econometric Society and the International Economic Association. In 1990 he was awarded the Giovanni Agnelli Prize for the promotion of the understanding of ethical issues in modern society. 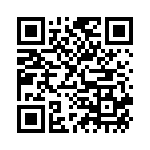