Page 89
If society be accordant with the law of nature , those institutions must also be natural , which are the primitive , spontaneous , and universal developments of society . The rule of St. Vincent of Lerins , " Quod semper , quod ubique ...
Page 186
The schools which are now scattered through the State , their high character and general efficiency , the clamour which is everywhere raised , and justly raised , for universal instruction , have all been stimulated by the influence of ...
Page 225
When Augustus consolidated his power , and established the dynasty of the Cćsars on the imperial throne of Rome , by the victory at Actium , the Greek might be regarded as almost the universal language of the civilized world . 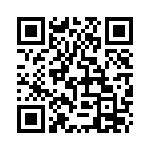