Justin McGuirk is a writer and curator, and has worked as the Guardian's design columnist and the editor of Icon magazine. He is also the director of Strelka Press and the design consultant to Domus, and his writing has appeared in the Observer, the Times, Disegno, Art Review, Condé Nast Traveller, Form, the Architects Journal, Architecture d'Aujourd'hui. In 2012 he was awarded the Golden Lion at the Venice Biennale of Architecture for an exhibition he curated with Urban Think Tank. He is the incoming Chief Curator of the Design Museum in London. 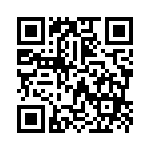