Page 38
theory , but that the continuum of the great chain of being does not stop at the
level below humans but continues to the ... very often we see the origins of a
particular species of tree , bird or animal explained by the transformation of a
human ...
Page 49
If , as Hesiod imagines , humans formerly lived in this sort of golden age , what
need did they have of fire in the first place ? ... age and so causes the need for toil
, and then Prometheus steals fire from Olympus in order to aid human survival .
Page 52
22 There is , however , conflict between humans and animals , unlike in some
accounts of the golden age when humans and animals lived in harmony . 23 The
first human gatherings are brought about in response to attacks by wild animals ... 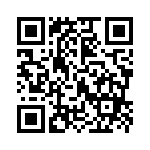