Page
The journal accepts papers on the Iberian Peninsula , southern France , Italy , Sicily , North Africa , the Levant , Cyprus , the Black Sea , ancient Central and Eastern Europe , the Caucasus , Anatolia and Central Asia , from the ...
Page 332
So one would have doubted that an emporion could be a partial polis with adaptations for trade . Besides Pistyros and other Thracian emporia , Naukratis and Emporion , I offer as possible such emporia those of western Sicily ( Herodotus ...
Page 406
Or Albanese Procelli's discussion of distribution , date and implications for the east and west cultural contact in the Mediterranean , all argued from the evidence of pilgrim flasks found in Sicily and Sardinia .

29 other sections not shown 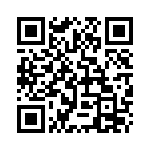