MICHAEL A. HENNESSY is Assistant Professor of History at the Royal Military College of Canada. 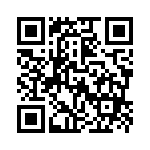