The book is written from a distinctly Christian perspective. It gives us current information on the latest developments and research in alternative medicine. Each non-traditional medicine is listed in ... Read full review

Dónal O'Mathúna, PhD, has degrees in pharmacy, medicinal chemistry, and theology (focused on bioethics). He is a lecturer in healthcare ethics in the School of Nursing at Dublin City University, Ireland. Dr. O'Mathúna's long-time interest in alternative medicine has led to many publications in professional journals and the general media. He lives in Dunboyne, Co. Meath, Ireland.

Walt Larimore, MD, has been called one of the best known family physicians in America and has been listed in the Best Doctors in America, The Guide to America's Top Family Doctors, and Who's Who in Medicine and Healthcare, Who's Who in America, and the International Health Professionals of the Year. He is also a best-selling author who has written, co-written, or edited thirty books. He writing has been recognized with a number of national awards, including a Christianity Today Book of the Year award, a Retailers Choice book award, three Silver Medallion Book Awards, three Gold Medallion Book Award nominations, and three Christy Award nominations. He and his wife, Barb, have two grown children, two grandchildren, and live in Colorado Springs area with their tabby, Jack. His website is www.DrWalt.com and his Morning Glory, Evening Grace devotions can be found at www.Devotional.DrWalt.com. 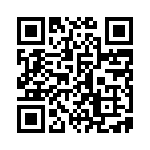