David Palmeter is now retired. He was previously Senior Counsel in the law firm of Sidley Austin LLP, and a long-time advisor of governments and interested private parties in WTO dispute settlement proceedings. He was one of the first private lawyers to appear before the WTO Appellate Body. From 1994 to 1998, he was liaison for the International Bar Association to GATT, the WTO and UNCTAD.

Petros C. Mavroidis is the Edwin B. Parker Professor of Law at Columbia Law School, New York. He has previously worked with the GATT/WTO Legal Service from 1992 to 1996. He was, along with Henrik Horn, the chief co-reporter of the American Law Institute for the project on Principles of WTO Law.

Niall Meagher is the Executive Director of the Advisory Centre on WTO Law (ACWL) in Geneva, where he was Senior Counsel from 2004 to 2012. He was previously a partner in the international trade departments of major law firms in Washington, DC, where he advised governments and private parties on international trade law. He has participated in over 50 WTO dispute settlement proceedings and is a frequent lecturer and author on WTO law. 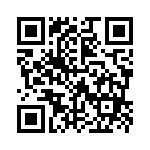