It was ever bit as good as I thought it would be. It is good to read the original works of movies that one has seen and to learn about a certain time in history.
It was sad,but it was about love; love of country in a brutal way via Madame Guillotine and love of a woman that Sydney felt that he wasn't good enough for. In other words,extreme love and pure love. We can learn a lot from this story; how far one will go to save heartbreak for another, like Lucie.

Zane Bishop
Mr. SimmerEnglish Grade 10
9 March 2016
A Critical Review for A Tale of Two Cities
Thunk! Another head rolls down to the basket as the guillotine claims another victim. A Tale
of Two Cities, written by Charles Dickens in England and published in 1859, takes place before and
during the events of the French Revolution in London and Paris. It has an amazing plot, great use of
literary devices, and an amazing amount of detail.
The plot of A Tale of Two Cities is outstanding. The story follows the Manette family,
Sydney Carton, Charles Darnay, Jarvis Lorry, and the Defarges as Darnay’s life gets worse and
worse. In the beginning of Book 2, he is on a trial for being a traitor against England, but he is,
luckily, saved by Sydney Carton. Carton points out to the jury that he and Darnay look alike.
Darnay’s prosecutors’ only proof was that the person who committed the crime looked like Darnay,
not that it was him. Before his next incident, he is luckily able to marry his crush (and Sydney’s
crush) Lucy Manette.Then, he is captured by the French revolutionaries. After being captured, he is
discovered as to be the nephew of the Marquis, and of course, Darnay gets a trial where the verdict
sentences him to the guillotine. His life seems pretty much over. Out of nowhere, a hero emerges.
Remembering that he looks like Darnay, Carton breaks Charles out and takes his place to die. He
saves his crush from the pain of losing her lover and his crush’s husband from the guillotine. The
biggest plot twist ever, and one the most selfless acts in literature. This is what makes A Tale of
Two Cities such a great story. He didn't have to give his life up. No one would blame him for not.
Darnay stole his woman and almost beat him up for loving her, but Carton gave his life up for him.
A drunk turned to a saint.
Another amazing quality of A Tale of Two Cities involves several literary devices, like plot
twists. While the book may not have the plot twist power of Star Wars: The Empire Strikes Back, it
comes close to that caliber. In Book 2, after Lucie marries Darnay, Darnay tells her father, Dr.
Manette who Darnay really is. The reader doesn't find out at that point, but it turns out that he is the
son and nephew of the two people who stuck Manette in jail for decades. Imagine that. Another
example of some great plot twisting occurs near the end of the book. This goes back to what I was
talking about earlier: Sydney Carton switching places with a dead man. Again, he did not have to.
No one would blame him, but he did it anyway for love and kindness.
At this point, you, the reader, must be wondering: “Is this book really that awesome to write another
paragraph?”
Apparently, it's awesome enough to write two, but a third amazing quality about this book is
the amount of detail Dickens goes into. There are examples of this throughout the whole book. In
Chapter 6, Dickens writes, “The faintness of the voice was pitiable and dreadful. It was not the
faintness of physical weakness, though confinement and hard fare no doubt had their part in it. Its
deplorable peculiarity was, that it was the faintness of solitude and disuse. It was like the last feeble
echo of a sound made long and long ago. So entirely had it lost the life and resonance of the human
voice, that it affected the senses like a once beautiful colour faded away into a poor weak stain. So
sunken and suppressed it was, that it was like a voice underground. So expressive it was, of a
hopeless and lost creature, that a famished traveller, wearied out by lonely wandering in a
wilderness, would have remembered home and friends in such a tone before lying down to die.” That
is a whole paragraph just about someone’s voice. The imagery he uses is just so vivid. Dickens
really gets you into the story with the amount of detail he uses.
A Tale of

Page 454 - It is a far, far better thing that I do, than I have ever done; it is a far, far better rest that I go to than I have ever known.
Appears in 526 books from 1859-2008
Page 453 - I am the Resurrection and the Life, saith the Lord : he that believeth in me, though he were dead, yet shall he live : and whosoever liveth and believeth in me shall never die." The murmuring of many voices, the upturning of many faces, the pressing on of many footsteps in the outskirts of the crowd, so that it swells forward in a mass, like one great heave of water, all flashes away.
Appears in 85 books from 1859-2006
More
Page 13 - A WONDERFUL fact to reflect upon, that every human creature is constituted to be that profound secret and mystery to every other.
Appears in 106 books from 1385-2008
Page 63 - TELLSON'S Bank by Temple Bar was an old-fashioned place, even in the year one thousand seven hundred and eighty. It was very small, very dark, very ugly, very incommodious. It was an old-fashioned place, moreover, in the moral attribute that the partners in the house were proud of its smallness, proud of its darkness, proud of its ugliness, proud of its incommodiousness. They were even boastful of its eminence in those particulars, and were fired by an express conviction that, if it were less objectionable,...
Appears in 41 books from 1859-2005
Less 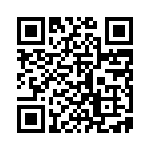