Page 6 - In practice, science is the observation, identification, description, experimental investigation, and theoretical explanation of natural phenomena.
Appears in 27 books from 1972-2006
Page 10 - Every man has a right to his opinion, but no man has a right to be wrong in his facts.
Appears in 70 books from 1916-2007
More
Page 53 - Sugars and added) (added) These symbols show that fat and added sugars come mostly from fats, oils, and sweets, but can be part of or added to foods from the other food groups as well. Meat, Poultry, Fish, Dry Beans, Eggs, & Nuts Group 2-3 SERVINGS Vegetable Group 3-5 SERVINGS...
Appears in 45 books from 1950-2005
Page 83 - The law of gravitation, which states that the attractive force between two bodies is directly proportional to the product of their masses and inversely proportional to the square of the distance between them, can be put in simple mathematical form, but this equation is only a picture of how gravitation acts. It is not a picture of gravitation. Likewise, the physicists realize that their complicated mathematical expressions...
Appears in 14 books from 1886-2003
Page 223 - ... energy. The Law of Conservation of Energy states that energy cannot be created or destroyed, but it can change form.
Appears in 73 books from 1929-2008
Page 116 - Countries at the end of the Middle Ages and the beginning of the Renaissance.
Appears in 125 books from 1897-2007
Page 256 - The most potent cancer-causing agent in our food supply is a substance sprayed on the apples to keep them on the trees longer and make them look better.
Appears in 12 books from 1990-2003
Page 4 - ... from the middle of the seventeenth century to the middle of the nineteenth.
Appears in 95 books from 1863-2008
Page 146 - This law states that the volume of a gas is inversely proportional to the pressure (temperature remaining constant).
Appears in 38 books from 1896-2008
Less

ROBERT E. KREBS is the retired Associate Dean for Research at the University of Illinois Health Sciences Center. He is the author of The History and Use of Our Earth's Chemical Elements (Greenwood Press, 1998). 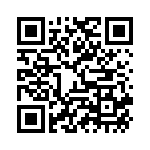