Candis Steenbergen holds a PhD in Interdisciplinary Studies in Society and Culture from Concordia University in Quebec. She is editor to good girl magazine and has contributed to numerous publications including The Encyclopedia of American Social movements. Yasmin Jiwani received a Doctor of Philosophy in Communication Studies from Simon Fraser University in British Columbia. She is the author of Discourses of Denial: Uncovering Race, Gender, and Violence in Society. Claudia Mitchell, PhD, is a Professor and Chair in the Faculty of Education, University of Natal. She has been involved in developing a curriculum on girl-child education in Zambi, where she served as the Director of the Canada/South Africa Education Management Program. Apart from editing and/or contributing to numerous book projects, she is as well a performance artist and documentary producer. 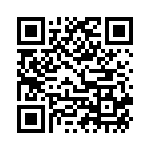