thought it was a DVD

i was surprised that this was a book not a DVD. shows good pictures of specific exercises. she is very thorough in her descriptions. i need that! Read full review

My experience with Overstock.com has always been great. The price is less than anywhere else. I am very happy with my book that I ordered and it didnt take long to receive it. I would definitly recommend overstock.com to my friends. Read full review

At 5'4" and II 2 pounds, Denise Austin has been dubbed "America's favorite fitness expert." Born on February 13, 1957, Denise grew up in San Pedro, California. She started gymnastics at the age of twelve and earned an athletic scholarship to the University of Arizona, graduating in 1979 with a degree in Exercise Physiology. She began teaching aerobic exercise classes in the Los Angeles area, earning her own local television program two years later. In 1983, Denise married Jeff Austin, a sports attorney and brother of tennis champ Tracy Austin. They moved to Washington, D.C., when Jeff accepted a job with a sports marketing firm.

From 1984-1988, Denise was the resident fitness expert on NBC's Today show. She also wrote a column for the Washington Post and received a prestigious award from the President's Council on Physical Fitness and Sports.

In 1987 Denise created her ESPN television show, Getting Fit, which aired for ten years on ESPN and in eighty-two countries. In January 1997 Denise began her new show, Denise Austin's Daily Workout on Lifetime TV. Today she spends four months a year taping her popular program at the most beautiful resorts in the world, traveling with her family as often as possible.

Denise has created twenty-five exercise videos, has her own line of workout equipment, a signature shoe and bodywear by Spalding. She appears monthly on QVC. She can be seen motivating people on talk shows and is often used as a fitness expert for magazine articles. Her sensible, realistic and enthusiastic approach to fitness (she works out only 30 minutes a day) and eating (she never skips a meal) has won fans throughout the United States, from whom she receives over 700 letters a week. Making a difference in the lives of people and her strong belief that she can inspire people to feel better about themselves are what gives Denise the energy to tackle challenges and achieve her success.

A dynamo of energy in a size 5, Denise Austin is a true motivator and has become a veritable fitness empire. But Denise believes her greatest achievement yet is being a mom to her two daughters, Kelly and Katie. 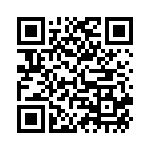