Amid the many books on the why's of racism comes a new analysis from Fredrickson (history, Stanford Univ.), author of several books on the history of racial ideologies, including The Arrogance of Race ... Read full review 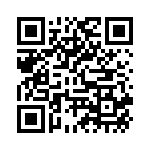