my friend julie was heal by dr kilbarger, she can't stop thanking DR kilbarger for this Great thing that he has done on her life,
my friend is so grateful to him, she was suffering from HERPES HEPATITIS and kidney failure when she contacted DR kilbarger after reading
the wonderful testimony that people has been sharing about him, when she contacted him, he assure her that he will cure my friend
with his herbal medicine which he really did, and she is now completely cured from HERPES HEPATITIS and kidney failure. What
will i say rather than thanking him for saving my friend. Why suffering in silence when there is remedy to your diseases. Dr kilbarger
also specialize in curing the following disease:
*Hiv/Aids
*Kidney failure
*Arthritis
*Diabetes
*Hypertension
contact him on kilbargerpaul6@gmail.com

Graham Fordham is a Social Anthropologist who lives in Bangkok, Thailand, and works as a consultant and researcher in HIV/AIDS and reproductive health. Over the past nineteen years he has conducted anthropological research in Northern Thailand, Laos, Cambodia and sub-Saharan Africa 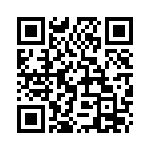