James I. McClintock is distinguished professor of English and director of the American Studies Program at Michigan State University. He has also taught in science and technology programs. He is the author of White Logic: Jack London's Short Stories. 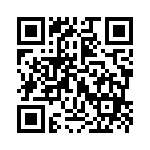