I picked up Mr. Keller’s informative and entertaining book on my second visit to Thailand. I read it on the plane returning to the U.S. and the book made me want to turn around and head right back to Thailand. Keller’s book now travels with me every time I visit that wonderful country.
James Manning, Portland, Oregon
I found MORE LIVING THAI WAYS by accident as I was leaving Thailand and wish I had read it before arriving! It is not only informative but the short stories that accompany the “guide” are so funny they make it a delightful read whether going to Thailand or dreaming of going.
Joseph M, Palm Springs, California
MORE LIVNG THAI WAYS II is a fascinating, entertaining and unique travel book filled with invaluable information. Order MORE LIVING THAI WAYS BEFORE you hop on that plane!
Miss Layne Little page, Carmel, California
If you want to discover Thailand, learn about Thai social customs, and read some really funny short stories read this book. I found it in a kiosk bookstore at the airport in Bangkok. Unfortunately, I don’t think the book is available in the US and must be ordered direct from Bangkok Book House.
Ed Garchar, Milwaukee, Wisconsin
Michael Keller has an enchanting way of writing that kept me interested and looking forward to each new chapter. Readers are going to gain great insights into Thai culture and be able to prepare themselves with the chapters on DOS AND DON’TS while visiting that wondrous land. LADIES, YOU MUST READ ABOUT THE INFANOUS THAI TOILET BEFORE YOU GO!
Kathy Holly, San Francisco, California
The author provides a “dos and don’ts” guide to Thai culture shock you need to know before you travel to that exotic kingdom. Buddhist rituals, manners & customs, THAI FOOD are all described beautifully—sometimes with knowing humor. Reading this travel book was almost like being there.
John Towski, Palm Springs, Calif

Michael Keller was an executive at Orion Pictures Corporation until his retirement in 1991. His corporate credits include work on DANCES WITH WOLVES, HANNAH AND HER SISTERS, AMADEUS and SILENCE OF THE LAMBS--all Academy Award winners. He was featured in acting roles at M-G-M in two Elvis Presley films--STAY AWAY JOE and LIVE A LITTLE, LOVE A LITTLE. On television, Michael appeared in several Universal Television Movies-of-the-Week and was cast in various series including, M*A*S*H, NANNY AND THE PROFESSOR and THE KAREN VALENTINE SHOW. Keller was the founder and artistic director of the theatre division at the prestigious HIDDEN VALLEY MUSIC SEMINARS located on California's scenic Monterey Peninsula. He has made his home in Thailand for the past 14 years. Currently, Keller is editing his novel, THE ROSE OF SHARON, a work of historical fiction. 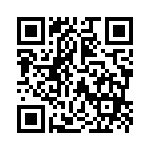